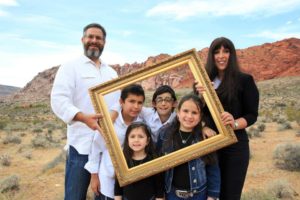 After failing to protect clients from serial thief and probate lawyer Bob Graham and refusing to disclose numerous complaints made about Graham by clients over the years he ripped off to the tune of $17 million, the Nevada Bar now has the blood of a good man on their hands.

Attorney, Jacob Hafter, committed suicide this week after the NV Bar suspended his law license and destroyed his reputation for daring to criticize a Judge over religious bigotry and attacking Catherine Cortez Masto on the campaign trail in 2010.

The good old boy system in the NV Bar protects scumbag lawyers ripping off clients, hides behind confidentiality rules refusing to disclose client complaints about dishonest lawyers that would expose the Bar leadership as incompetence and corruption. Hafter’s suspension by the Bar sent a message loud and clear to the good lawyers out there, keep your head down and shut your mouth. The Bar also sent a message to the scumbag crooks pretending to be lawyers that they’re protected as long as they don’t get caught by law enforcement, like Graham.

The fact is, I have met many really good lawyers in Nevada who work hard and try to do the right thing every day. And they’ve told me they are afraid to speak out after what happened to Hafter. So they just mind their own business and work quietly.

The fact is the Bar leadership fails to protect the public from lawyers like Graham while punishing good lawyers like Hafter who spoke the truth to power.

There’s a clear pattern in this town where reporters like Jane Ann Morrison and other new outlets attack those, like Jacob Hafter and Steve Sanson who challenge the system to do better. They slander and lie about them in their effort to protect a broken system.

Jacob was a good man, run over by the system, a system that had no room for a man who spoke his mind and fought for justice for his clients. Jacob Hafter committed suicide because he lost faith in a broken legal system and in doing so he lost all hope of obtaining any sense of justice. He was a warrior and a brilliant legal mind that will be sorely missed in our community. Shame on the Nevada Bar.

The Nevada Bar President is: