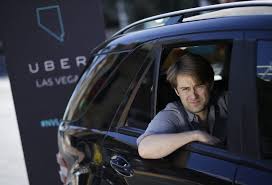 Today Las Vegas Metro Police Sheriff Lombardo held a news conference to reassure tourists and locals that Las Vegas will be safe and secure on New Year’s Eve. With over 300,000 people expected to visit Las Vegas this year on NYE, security is the number one priority following the Vegas Mass Shooting just three months ago.

Sheriff Lombardo disclosed during the news conference today that Las Vegas Metro Police and Uber were partnering up and that Uber would be providing intel to police. Lombardo refused to get into any further specifics, but it was clear from his statement that Uber drivers could be spying on passengers.

360Daily.net reached out to Uber for comment and will update this story if and when they respond.