Congressman Joe Heck is currently running to replace Harry Reid in the US Senate, but he is still the Chairman of a sub committee on the House Intelligence Committee.

That’s right, Joe Heck is a leader in Congress dealing with intelligence and national security. Joe Heck needs to stand up and lead by issuing articles of impeachment against Hillary Clinton, FBI Director Comey, and Loretta Lynch.

Congress has the authority to impeach all three. Remember, impeachment is defined as a formal accusation of wrongdoing against a public official, according to the United States Constitution.

In other words, Congress can impeach or indict all three of them for corruption.

Hillary Clinton may also be guilty of perjury for lying to Congressional committees about her email issues. Then the Senate can vote to convict them. If Hillary is convicted she would be precluded from serving as President.

This scandal is why we have a two party system. If Joe Heck and the Republican Congress fail to do their duty then I certainly will not vote for or support Joe Heck this fall.

What’s the point of having someone like Joe Heck in office unless he takes action at times like these.

I like Joe Heck personally, and that’s the rub with Joe Heck. He’s a very likeable guy. But his policies are affecting our future, our families and our freedom.

So it’s time for Congressman and US General Joe Heck to stand up for us or just sit down and go away. 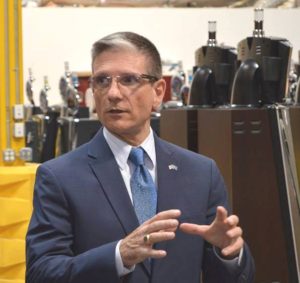