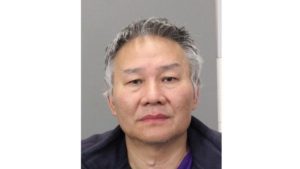 On May 31, CHP officers caught Yue Chen, 58, about 150 miles away from his Oncologists’ office with a mask, two loaded guns and directions to the Doctors’ homes and offices. Chen was taken into custody.

“This is a man with nothing to lose and wants to take people with him,” said Charles Huang, Santa Clara County deputy district attorney.

Chen’s defense attorney argued at his arraignment hearing that Chen should be placed in hospice rather than in jail. The judge denied the motion. Even tho Chen was not a Veteran the VA has done the same thing to countless Veterans, including U.S. Army Veteran Stephen Cary here in Las Vegas.

The case is winding its way through the courts right now.  Stephen T. Carey was 42 years old last year when he died from Stage 4 cancer all alone in his mother’s basement. Stephen’s destiny was cast in stone, according to a lawsuit filed recently against the VA for Malpractice, when VA doctors failed to test and diagnose renal cancer back in 2011 on 3 separate occasions.

But unlike Chen, Cary reframed from any violence. But what would you do if your VA doctors failed to diagnose cancer that was curable, but because of the delay it was now fatal?