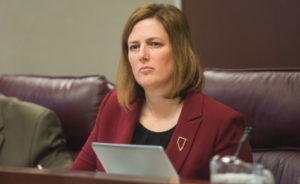 Former Nevada State Senator Becky Harris, who was appointed this year by Governor Sandoval to head up the powerful gaming commission, is investigating allegations of sexual misconduct against Steve Wynn. Harris accepted over $15,000 from Steve Wynn and his wife in recent reports.

There’s no word on whether Harris will recuse herself in the investigation. The gaming commission will investigate whether Mr. Wynn, who was fired as CEO of Wynn Resorts last week, violated Nevada Gaming laws by failing to report accusations, settlements, and lawsuits for sexual misconduct to the gaming commission.

360Daily reached out to Chairwoman Harris for comment, never heard back.