SB143, the back ground check law that pasted a few months ago, was intended to legislatively fix Question 1 issues related to whether the law was enforceable and other fatal flaws in the original ballot initiative that passed with about 10,000 votes in 2016.  Question 1 was funded with $20 million from New York Mayor Michael Bloomberg through a group he created named Every Town.  Over the last two years Bloomberg funded Democrat campaigns with an additional $9 million including a $10,000 donation to Democrat and the main sponsor of SB143, Assemblyman Steve Yeager.

Everytown lawyer, William Rosen, is registered with the Nevada Legislature as a paid lobbyist according to public online filings. And as a paid registered Lobbyist, Rosen is required to provide a report of his activities.

The question is, does the public have a right to know who is actually writing our laws, elected officials or paid lobbyist like Rosen? 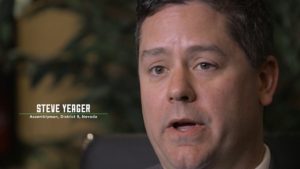 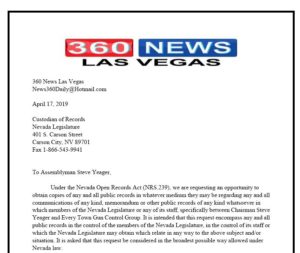