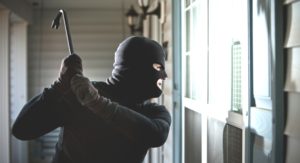 Last year Michael Bloomberg spent over $20 million to pass Question 1, the gun background check law. As the debate roared on last year on the airwaves, criminals simply started breaking into homes and stole guns at an alarming rate in Clark County. It should not be a surprise to anyone that criminals refuse to follow the law.

This is economics 101. Anytime you restrict a product in the marketplace that is already in high demand, prices will go up and someone will fill the demand anyway they can. The perception that guns were going to be extremely difficult to get drove prices on the black market up and motivated criminals to break into homes to steal a record number.

More than 3,000 firearms were stolen in 2016 in home burglaries in Clark County alone.

BTW LVMPD generally does not investigate home burglaries. Police usually direct victims to their website to fill out a police report they can submit to their insurance companies. That’s about it. And even if they try to investigate most victims do not retain the serial numbers of their firearms or electronics to provide police to help track down the criminals. This pattern has been seen all over the U.S. wherever strict background check laws have passed.

Unfortunately, those old sayings are usually true, “Passing gun control laws only affect law-abiding citizens, the criminals will always figure out a way to get guns.”