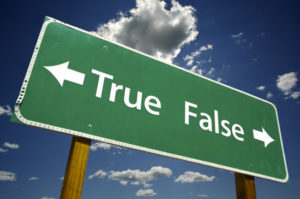 Reminiscent of the Kennedy assassination, the media is pulling their same old tricks again. Within two days of the worst shooting attack in U.S. history, local Las Vegas Channel 13 News, along with other “news” outlets, are attacking anyone who dares question the official story from the government.

The liberal mainstream media attacked Wayne Allyn Root right off the bat Monday when he speculated, the night of the attack, that it looked like an ISIS attack. The FBI declared by 8 am Monday morning, a mere nine hours after the attack, that there was no connection to international terrorism and that Paddock acted alone. It’s hard to believe the FBI checked with the Israeli intelligence, the Saudi Intelligence and every other intelligence agency in the world, including our own massive intelligence universe, to verify that there was absolutely no connection to radical Islamic terrorism. Even though that day ISIS took credit and since Monday, ISIS took credit two more times we are not to question the government.

There has been literally no pictures, videos or evidence released by the government, as of today, to the public to substantiate the one shooter story. Sherrif Lombardo recently said there may be a video Paddock made of himself that would provide some proof, but it hasn’t been released yet.

When 360Daily.net questioned Tuesday morning whether there was more than one shooter, Channel 13 attacked us within hours for asking the question. Channel 13 is not going to allow anyone to question the official story, even though the official story changes at every news conference.

Its too bad journalism is dead at some of our news outlets here in Las Vegas when we really need them.  But frankly, that’s why I started 360Daily.net. I was tired of getting the government talking points drummed into me daily by our local obedient media. I started 360Daily.net to explore all sides of the critical issues that affect Nevadans. I’m not afraid to ask the tough questions and I will not go along with the official talking points without hard physical evidence to back it up.

We are witnessing a war for control of the narrative between the mainstream media and the rest of the country. Even though there are no facts right now in public domain to support the official government story, the media insists anyone who questions it is a conspiracy nut.

We owe the mainstream media nothing. We owe those injured and killed Sunday night the whole truth without any government censorship, regardless of where the truth may take us.