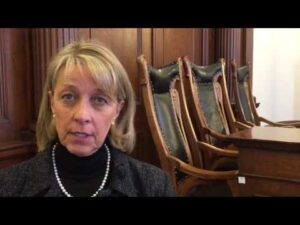 As mail in ballots fly out of elections departments landing in people’s mail boxes across Nevada, story after story of ballots for deceased voters and old addresses have been coming in. 222,000 inactive voters, mostly dead, illegal aliens and people who never existed are now being sent mail-in -ballots. Last week 360 did a story about a woman who passed away four years ago and the new occupant at her home just received a ballot for both her and her husband. Now we’re learning that Nevada failed to remove people from voter rolls who are registered in other states. They are supposed to cross check with other states and remove people registered in more than one state. 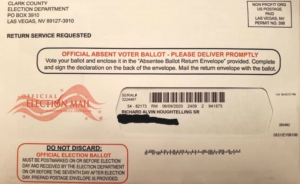 Now we have a story about a couple who moved away from Nevada in 2018, selling their home. Richard Houghtelling, posted a screenshot of the mail in ballot sent to his old address in Nevada this week. But they registered to vote in their new home state of Minnesota two years ago. “We sold our home in Nevada in Jan 2018 and the last time I checked we were no longer registered in NV as of last fall. We are now registered and voting in Minnesota.”

Yes it’s against the law to vote in two states, but no one has ever been prosecuted in Nevada in the past 20 years for such a thing. IN fact, you could count on one hand the number of prosecutions in Nevada for any voter law visitations.

Nevada’s REPUBLICAN Secretary of State, Barbara Cegavske, who ran a 7Eleven convenience store before becoming NV SOS, continues to be a complete disaster for the Republican Party in Nevada.