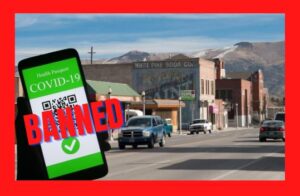 Commissioner Ian Bullis who authored the resolution issued the following statement following the passage of his Vaccine Passport ban:

“Though I didn’t see this being a real big issue on a local level, one of our local mines has already been offering cash bonuses for employees receiving the vaccine. As disgusting as that is, we wanted to get out ahead of this before they (or others) take it any further. The bigger picture is, once again, sending a proverbial “shot across the bow” to State and Federal officials, putting them on notice that we won’t tolerate any such requirements.” 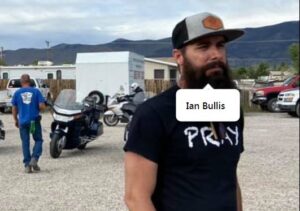 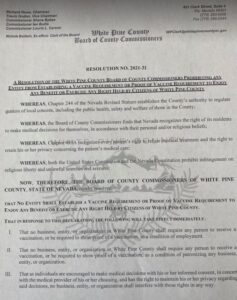 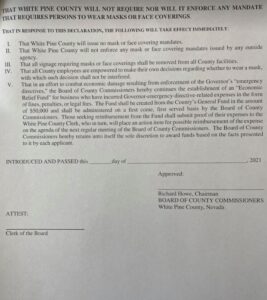