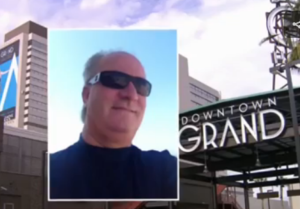 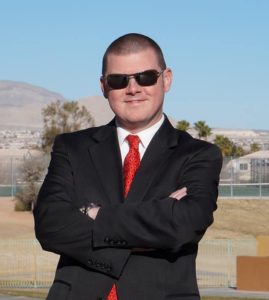 Mark Johnston lost half a million dollars in casino credit in 2014. Attorney Sean Lyttle sued to get Johnston’s losses back from the Downtown Grand Hotel because he claimed he was too drunk to gamble. Johnston eventually was charged with writing bad checks. That’s the crime someone faces when casino markers aren’t paid back.

After Mr. Johnston was charged by the Clark County DA for not paying the maker, Mr. Lyttle dumped his client. Court documents show Johnston had already consumed over seven drinks on the trip into Las Vegas when he arrived at the Downtown Grand Hotel for Super Bowl weekend in 2014.

According to Mr Lyttle’s complaint, the Casino is at fault for giving a rich guy credit to gamble on the super bowl. Sounds like Mr. Lyttle got paid a chunk of money upfront to take the case and then bailed on his client when the case went south.

Mr. Lyttle is now running for State Assembly as a Democrat in District 37 against small business owner Republican Jim Marchant. Jim Marchant has accused Mr.Lyttle of being a slip and fall lawyer and flip flopping on issues, like the stadium.

Jim Marchant commented on the story saying “Sean Lyttle is the kind of Slip and fall lawyer that shakes down small businesses with junk lawsuits.”

The real question is should the casino have been able to sue Mr. Johnston if he had won $500K while intoxicated instead of losing money??