AN OPEN LETTER TO JON RALSTON: MAN UP

AN OPEN LETTER TO JON RALSTON: MAN UP 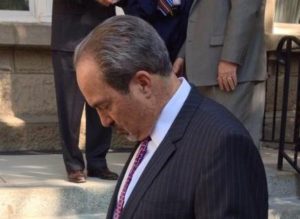 I want to make this perfectly clear, your actions calling US Marine Veteran Steve Sanson a “joke” for simply asking a question at a town hall, regarding 145,000 Veterans with PTSD in prison, was deeply offensive to me as a US Army Veteran and I will always stand with my fellow Veterans. You owe him and every Veteran an apology forthwith, publicly on air. I will make sure every Veteran in Nevada learns how you treated Sanson and other veterans over the years. And you can tweet that all you want sir.

Steve has done more for this country and this community, including starting the Veterans Courts and serving in Desert Storm, than you dream of on your best day.

Yes he’s a loudmouth Marine and I tell him that all the time. What Marine isn’t? But he means well and gets up every day and tries his best to serve Veterans here in Nevada and ease their pain. It’s time you man up, do what’s right and apologize.