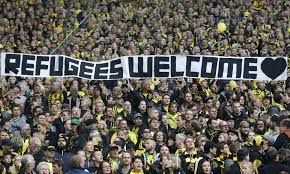 The 9th Circuit of Appeals actually made new law yesterday by asserting that a foreign national who simply applies for a visa in a foreign country has the same due process rights as citizens and as such President Trump’s Executive Order violated their 5th Amendment Constitutional rights.

The State of Washington argued that the State had standing to sue to block the President’s order because the State’s university would be harmed because several foreign students and scientists could not travel to the University due to the travel pause. In other words, the rights of the University to bring in students and foreigners to attend conferences superseded the authority of both Congress, who recognized the seven countries as war torn threats to national security and the Executive Branch to regulate visas issuance.

The countries affected by the President’s Executive Order are Yemen, Iraq, Iran, Syria, Libya, Somalia and the Sudan. Yemen is currently in a civil war with Iran backed troops fighting US Government backed forces. Iraq is in the middle of a war with ISIS over control of large portions of their nation. Iran is the biggest state sponsor of terrorism in the world. Syria is a failed state in a civil war. Libya is a failed state in civil war. Somalia and the Sudan are failed states with no reliable central governmental depository of information to determine the origin, background and loyalties of nationals who seek entry into the US.

Those are undisputed facts anyone with Google could ascertain. All of the countries noted in the Presidential Order pose a threat to US interests and security based on the diplomatic, military, news and intelligence reports.

The President did not pause travel from Canada. But if he believed, based on intelligence reports, that terrorists were planning to use Canada as an entry point into the US, (which they did to try and attack LAX over ten years ago), he could issue the same travel pause.

Third, section 5 contravenes the procedures provided by federal statute for refugees seeking asylum and related relief in the United States.

Here on page 20 and 21, the 9th Circuit states the 5th Amendment due process applies to all persons not just citizens regardless of their legal status. That means a person in Syria applying for asylum is entitled to 5th amendment rights of due process.

The procedural protections provided by the Fifth Amendment’s Due Process Clause are not limited to citizens. Rather, they “appl[y] to all ‘persons’ …..

Travel bans and pauses need not be based on any facts or intelligence rather on policy. No one had a right to a hearing to enter the US until now. Now the 9th Circuit has said Syrian Refugees cannot be blocked from entering the US without due process i.e. a court hearing. The court has seized control of immigration away from Congress and the Executive Branch. The courts have overstepped their authority and must be pushed back into their traditional role of deciding law and not policy. Congress and the President must work together to reform the Courts by replacing rogue judges, vote for more limits on their authority and reclaim their Constitutional Prerogatives. The overreach by the Federal Judiciary has become a threat to our liberties and demands action. We must write a Constitutional Amendment stating only US citizens are entitled to Constitutional rights and protections and that no other groups are entitled to such rights, entitlements and benefits.

The politicization of the courts is obvious to everyone now. And so now is the time for President Trump, the Republican Controlled Congress, the Republican controlled state governments to reform the immigration system and take back the authority seized by the Courts. Only those governmental bodies accountable to the people must make policy and law not unelected and unaccountable liberal judges.