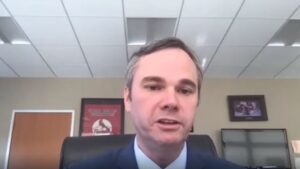 North Las Vegas has one of the toughest CV19 code enforcement efforts in the state according to small businesses owners. Code Enforcement Officers are forcing restaurants to reduce their occupancy to 25% without any Scientific evidence to support it. Not a single case in Nevada has been directly linked to dining in a restaurant.

So, many business owners are frustrated with City Code Enforcement officers who haven’t missed a single days’ pay since the CV19 crisis began. They probably never would have guessed those government employees made so much money.

According the Transparent.org, the highest paid North Las Vegas City Code Enforcement officer was paid $166,616 in total pay and benefits in 2019.

What might be even more surprising is that most, if not all, of the code enforcement officers are members of government Unions backing Biden. A huge chunk of their salaries went to Biden and Dems through Union dues.

Since most small business owners are Republican, this raises the specter of whether their efforts where politically motivated?

One small business owner who was afraid of being named said “It sure feels like those code enforcement officers are waging economic war against us”.

What’s even more frustrating is that their salaries are supported by the fines they impose on businesses. Talk about free market enterprise. And if business owners don’t comply they can levy criminal charges.

360 reached out for comment about the article, but no one returned our calls.