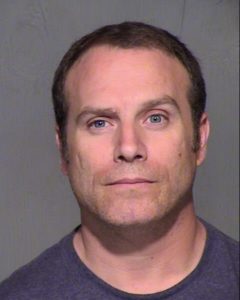 Today, stalker Christan Hehman plead guilty to one count of “Violation of a Temporary Protective Order”, a gross misdemeanor. He will have three years probation with a 364 day sentence hanging above his head if he contacts Tregor again. Hehman was extradited from Arizona where he lived when he stalked local Las Vegas Realtor, Allison Tregor, for seven chilling years. Under the plea deal Hehman will get out of Clark County Detention Center in August 2017. Even after Allison obtained a restraining order, Hehman continued to call her up to 20 times a day violating the restraining order.

Tregor was there today when Hehman admitted in open court that he had indeed stalked Tregor for years. According to Allison’s phone records, Hehman called her over 2,000 times just in the last 10 months.

Initially the prosecutor in the DA”s office dropped the ball according to Tregor, after she met with supervising prosecutors, DA Wolfson stepped in and made sure her case was handled properly. The Clark county DA’s office handles 60,000 cases a year.

In Statement to 360Daily.net Tregor said “I want Mr. Hehman’s ultimate release be conditioned upon him getting a mental health evaluation and the help he needs. He thinks my dad implanted walkie talkies in his ears. I won’t feel safe if they release him here in my backyard without him getting the help he desperately needs. But it felt good today that he finally admitted what he did to me and my family. I want to thank DA Wolfson for meeting with me and taking a personal interest in my case.”