DID JOE HECK LEAK AN RNC SECRET PLAN TO REPLACE TRUMP WITH PENCE?

DID JOE HECK LEAK A RNC SECRET PLAN TO REPLACE TRUMP WITH PENCE? 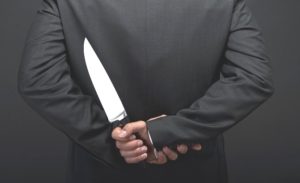 This may explain why the liberal media all claimed Mike Pence won the Vice Presidential Debate. This might explain the timing for the Trump video from 11 years ago leaking Friday. The fact is the RNC certainly conducted their own investigation of Donald Trump and already knew about the video of him and Billy Bush talking smack about women many months ago. If they didn’t know, Priebus should be fired.

So the release of the 11 year old Trump video may not have been from the Clinton camp but, from the RNC in a last ditched effort force Trump out of the race. Every major Republican figure across the country came out yesterday and called for Trump to leave the race. It looks like a coordinated linear ambush to me.