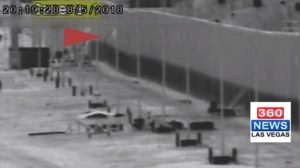 As Reported on Daily Wire:

A man attempting to enter the U.S. illegally fell from the top of a 30-foot security fence in Calexico, California, suffering severe injuries.

“A man was found severely injured by Border Patrol agents after he fell from the international border wall behind the Gran Plaza Outlet Mall in Calexico Sunday evening,” KSWT reports.

U.S. Customs and Border Protection says the man, whose identity has not been released, fell from the top of the fence, which is 30-feet high, while trying to illegally enter the country.

“Agents, along with EMS professionals and fire department personnel, provided aid and assessed the man’s injuries,” KSWT reports. “The man suffered bilateral femur fractures to both legs and a possible back injury. The man was airlifted to a medical center in Palm Springs.”