Local Nevada Lawyer, Joey Gilbert, announced he is filing a class lawsuit against Gov. Sisolak for extending the shutdown of businesses across Nevada, even after all the goals he set were met weeks ago. Gov. Sisolak originally justified the shutdown of most businesses in Nevada to prevent hospitals from being overrun by COVID19 infected patients.

Hospitals are so underutilized that many are laying off staff right now. Sisolak said he would listen to science and not the protestors. But all the science now shows the lock downs are just extending the sick and dying. Out of some 3.1 million Nevadans, only 240 have died, far less than the annual flu. And just like the annual flu, COVID 19 99% of those dying are over 65 and or have at least one underlying condition.

So the vast majority of the population, 99%, will survive being infected. Sweden did not lock down their people or their economy and their death per million is about the same or better than the U.S. So businesses are demanding the governor allow them to open right away. Reno based Lawyer, Joey Gilbert, is inviting folks who own businesses to contact his office to join the class action lawsuit.

Gilbert already filed a lawsuit representing a group of doctors against the Governors’ ban of Hydroxychloroquine. 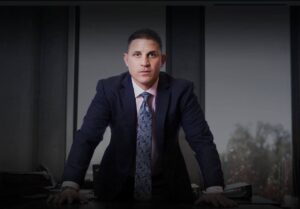 For more information about the class action lawsuit: