OPED: Why Bad Republicans Must Be Stopped: The Battle for the Clark County Republican Party

Why Bad Republicans Must Be Stopped: The Battle for the Clark County Republican Party 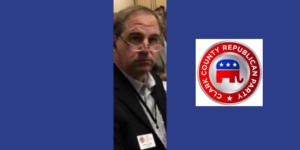 By Ian Bayne, co-founder of No Mask Nevada ianbayneisright@gmail.com

This week, something happened that is at the center of the most significant truth in politics that is seldom fully understood: bad Republicans must be stopped.

The race for chairman of the Clark County Republican Committee made national headlines, but the underlying issue was ignored and that is that we will never be a majority party until we remove the bad Republicans from power.

What is a bad Republican?

I once took a class at Harvard University from Mickey Edwards, a former Republican congressman who represented Oklahoma from 1977 until 1993. The only time I saw him animated was when he was explaining to the class how ‘conservative’ he was, turning red-faced almost when discussing all of his accomplishments as a conservative.

This was only a few years after former Speaker Newt Gingrich targeted him in a primary where he lost, defeated by Newt’s Republican choice for Congress, just one election cycle before the 1994 Republican Revolution.

It seems strange to think of a conservative Republican being targeted by Newt Gingrich in a Republican primary. Edwards’ slogan was ‘Take a bite out of big government’ back in 1974, as he campaigned for his first time for the position he would hold from 1977 until 1993. He served on a congressional committee that advised President Reagan in 1980 and even was the chairman of CPAC for five years.

It seems settled today: Mickey Edwards was no conservative.

There’s an old saying that goes, ‘actions speak louder than words’ and, for me, has always served as a guide when navigating the tricky waters of politics in Illinois and Massachusetts.

A bad Republican is one who disagrees with you most of the time.

Imagine coming home one day and learning that someone was living in your attic and you never knew about it. You probably wouldn’t want them to stay. So why do we always insist on putting up with bad Republicans that we don’t want?

The experts will tell you in a bad relationship, cut ties. Don’t put up with abuse. Don’t let a spouse humiliate you or lie to you.

On that we all can agree. 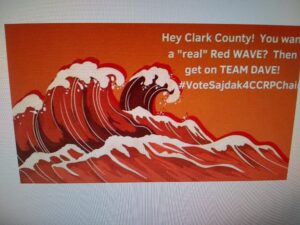 So why do we put up with it from our elected officials?

To “make sure a Democrat doesn’t take the seat” right? (I know you’ve heard that one)

But in a Republican district a Democrat will never take the seat.

Are you saying to get rid of all Republicans?

There are two significant roles for an elected Republican: to hold a seat (keeping it from becoming a Democrat seat) and to advance the cause.

In Pahrump, Assemblyman Greg Hafen can be seen wearing his tight blue suit and trendy mask, driving down the street that was named after the accomplishments of his father. But he was totally silent during the last year when our liberties, our freedom, our police, and our economy was under attack.

He is a bad Republican.

Why single him out?

Because Hafen represents a county that voted 70% for Donald Trump, that’s why.

To be anything less than a very vocal leader for the Republican ideology in a district where 70% vote Republican is clueless at best and destructive at worst.

Is he there to prevent a more vocal Republican from taking office? You’d have to ask his donors for an honest answer on that, it’s possible you might get one.

President Bush received 62% of the vote in Mickey Edwards’ district in 2000, so Newt knew that targeting him would mean another Republican was certain to take his place.

And doing so sent a message: if you are going to get elected as a Republican, you’d better be a Republican.

If Greg Hafen wants to act like a Democrat he can move to North Las Vegas and run as one.

Buck has to act like a Democrat, at least in some ways, to win her seat because there are so many Democrats in her district.

The Republican party is far better served by having her vote Republican on most issues than a Democrat being there to vote Democrat all of the time.

But why select a chairman of the Republican Party from an elected official that has to say and do things like a Democrat to hold onto their seat?

There’s only one reason: to stop advancing the ideology of Republicans.

Because if Professor Doctor Senator Chairman Buck were to start talking like a Trump Republican, she would be voted out of office very quickly in her district and we all know that these people value their elected office positions more than anything else.

It’s as if someone wants her to be in that position so that they can control her, feed off of her fear of serving both the Republican Party and her moderate district, two entities that are in conflict electorally.

The establishment’s choice of Professor Buck to be chairman of the Clark County Republican Committee is telling Republicans that we are going to put your ideology in the backseat while we compromise with Democrats, because that’s how a Republican wins in a district that was just held by a Democrat.

What is the purpose of a Republican Chairman?

Without an effective advocate there is no advocacy at all because of how difficult it is to advance any ideology in politics.

Buck has sent tweets out as late as February 2021 asking people to “wear a mask and get the vaccine” at a time when most Republicans believe the mask mandate is a political tool of the Left to advance the cause of government expansion.

Then on the day that Joe Biden’s earpiece changed direction and announced that masks should no longer be necessary, Buck did too.

This may get Buck elected in a district with an even number of Republicans and Democrats, but it does absolutely nothing to introduce Republican positions into society.

Buck’s skill is mirroring Democrat policy and getting elected as a Republican. That’s what she’s done. That’s not what we need as a Republican party – that’s why we’re in this mess to begin with.

I’m sure that the Republicans of Carrie Buck’s district don’t think she’s any worse of a Republican than the residents of Oklahoma’s 5th congressional district when the Obama-loving Edwards was representing them.

But I doubt that they know that Buck begged her former Democrat opponent in the senate for a government job, offering ‘not to ever run again for senate’ should she get the job back in 2019.

Newt may have come to his realization that Edwards was not really a Republican because of his abuse of the old House “banking” rules, allowing members of congress to write bad checks by law from their personal accounts. Edwards wrote 386 bad checks and demonstrated clearly that his ideology was more in line with big government Democrats than his friends in the Republican caucus.

Buck’s violations are far worse: promoting a mask mandate without even attempting to discuss it while in session, asking the public to take vaccines that may or may not even work, and then using her political influence to enrich herself at the expense of the Republicans who voted for her because they thought she had their best interests in mind – when in reality, she would dump them for a shot at a government job in 2019.

Why would we ever want someone like that leading the Republicans in the largest city in our state?

The reason for this week’s news

Buck was poised to be the next chairman until a former Trump staffer stepped forward in an attempt to save our Republican Party.

The response from the establishment was predictable: lies.

A fabrication of racism, sexism, bigotism, every ‘ism’ you can imagine was directed at anyone who opposed Buck.

This is the political version of a football play where the man takes the ball ‘up the center’ and gets stopped immediately. You’ve all watched this. Yes, it’s boring. No, teams will never stop doing this.

But the purpose of that play in football is to distract from the next play where the quarterback will throw the ball 40 yards when the other team thinks it’s just another ‘run’ play.

You can almost see Carrie Buck in your mind, stomping around her house and screaming profanities like Hillary Clinton must have in 2016 when she learned her fate.

If Trump wins, there will be no more government jobs to ask Democrats for. There will be no payouts and paybacks and kickbacks or ‘overdraft checks’ like the ones that Edwards was writing.

Personal enrichment is at the center of the anti-Trump cause and the establishment ideology.

The local news dutifully reported that violence was certain to happen if anyone but Buck was allowed to be chairman, and the national news went back to their mantra that any support for Trump must come from some branded right wing conspiracy group.

Anything but the truth: that Trump could win in 2024 but needs Republicans to do it.

What is on the line

Standing in front of the church at the meeting that the establishment had to cancel because they lost in court, I saw people of all ages, all colors, all backgrounds, with children and without, I met a 20-year-old man who wanted a better future and even a concerned radio talk show host who wasn’t aware of the details of what was going on.

These are the people who are so dangerous to the establishment, it’s true. None of them that I met were members of any group of radicals – or any group at all. Most had never participated in politics officially.

The weapons they hold are votes and the establishment is scared, that much is true.

The rest of what you read in the news is as made up as a Dr. Fauci briefing.

If you are in Clark County, please attend the Clark County Republican Committee meeting, become a member, and vote against Carrie Buck and for Trump whenever they decide to hold their meeting.