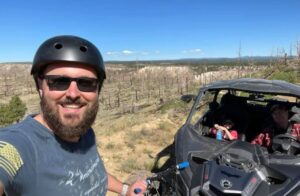 With the onslaught of CV19, Sisolak locked down churches while letting strip clubs and Casinos reopen. Sisolak was out buying private jets with tax payer money while folks waited endless on the phone to speak with grossly incompetent and mismanaged unemployment offices. Sisolak announced restriction after restriction with zero push back from Republican Assembly leaders like Nye County (R) Assemblyman Greg Hafen. 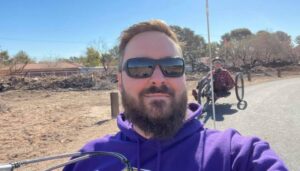 Hafen sat quiet as Nye county businesses were destroyed and people’s lives were ruined. He posted pictures out in the desert off roading. But according to many folks we spoke with in Nye County, Hafen never lifted a finger to help and never publicly pushed back against Sisolak’s CV19 mandates. To date, Hafen has refused to speak out against vaccine mandates.

So in 2021, with Sisolak’s endless dictatorial emergency powers ordering businesses closed and mask mandates, Nye County finally joined seven other rural counties in declaring an end to Sisolak’s powers. Nye County Commissioner Leo Blundo and his wife Melissa led the No Mask effort pushing back publicly refusing to wear masks. Leo Blundo wrote a resolution banning mask mandates in Nye County. Hafen refused to lift a finger, say a word or do anything to help according to local folks. . 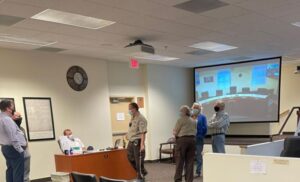 Hafen was suspiciously absent. Looking at his recent contributions reports its now clear why. According to Hafen’s reports, his biggest donor in the middle of the pandemic was Pharma and Pfizer. Hafen received more than $5,000 in 2020 and 2021 from Pfizer and Pharma. Hafen also received more than $8,000 from Pro-Pharma RINO PAC’s from Tom Roberts and Jill Tolles in 2020 and 2021. 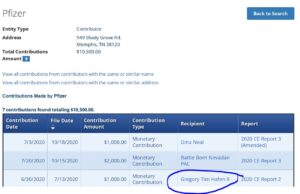 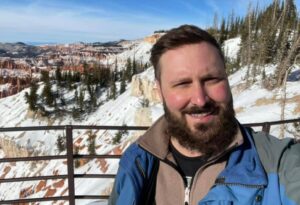 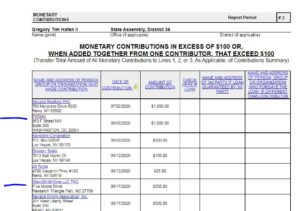 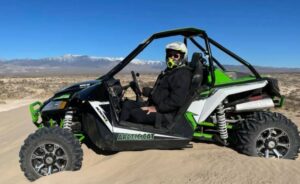 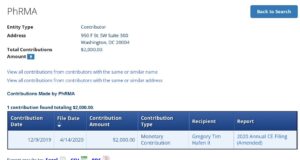 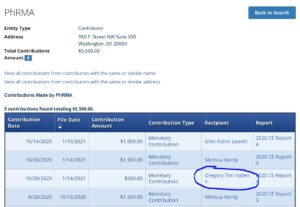 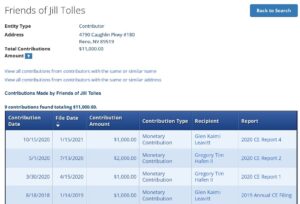 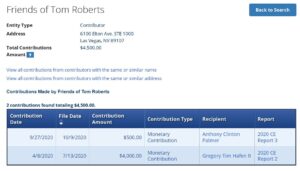 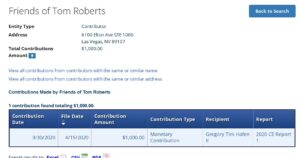